Brainstorming to find a word for “F” while I was walking,  many words came to mind – fit, fitness device, fibromyalgia, fig, Finisterra, and more. Try as I might I could not settle on the “perfect” word until, looking around, I found myself surrounded by – you got it – FLOWERS. Now, not being more than a sometimes gardener nor a floral arranger, I felt that I could not do poetic justice to the subject, so when I returned home to my office, I took up a collection of an early favorite of mine, e.e. cummings. And, da da! The very first poem began with the line, “Thy fingers make early flowers of…” I reproduce the first verse here.

Thy fingers make early flowers of
All things.
thy hair mostly the hours love
a smoothness which
sings, saying
(though love be a day)
do not fear, we will go amaying. (cummings, 1959)

I cannot think of cummings without remembering when I first came to read his work. Professor Applebaum was our poetry professor my second year of college. He was one of the most dynamic educators I have had the pleasure of knowing and he inspired in all of us a passion for poetry. I remember him most of all because of another “F” word – funeral. You see, he was in the midst of teaching when we got word of the shooting of President Kennedy. After his death, the entire country attended JFK’s funeral via television. When we returned to class after the national days of mourning, he read a poem with a voice of  such strength and consolation that the young adults in the room were left feeling that, although the world as we knew it had been shattered, our healing could begin. I believe (looking back after 53 years) the poem was the one written by Louis I. Newman for the funeral and I share the first verse below.

A horse dark of hue wears a blanket of black;
Its saddle is empty; its guiding reins slack;
Its footsteps move sidewise; the touch at its head
Is strange to a creature so lovingly bred.

A phrase that Professor Applebaum used on that occasion in order to share the shock and dismay that we all experienced was, “when the real world seems so unreal.” This phrase comes back to me often as I witness the horrors and atrocities of our present age. The world I grew up in was one where we played late into the night in the neighborhood, a suburb of our nation’s capital, and our parents had no fear of anything hurting us. It was a world where, as a young woman, I traveled alone throughout the U.S., Canada, and Europe with no more than minor concerns for my safety. It was a world where my children were safe in our small town and everyone looked out for them and for each other. It was a world that seemed real, and was real. It was not today’s world.  Flowers and Funerals. 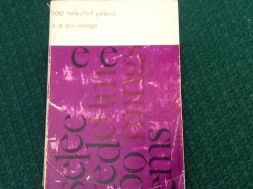 This post is part of the Blogging from A to Z (2016)  Challenge. Click here. to see all of the blogs in the A to Z Challenge